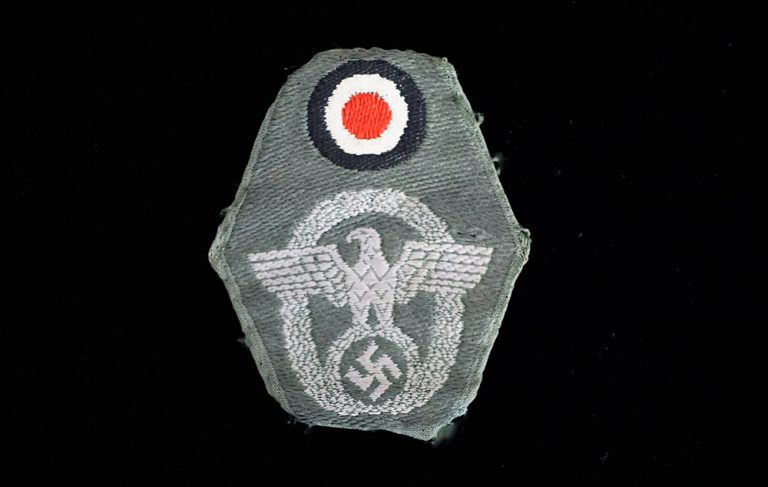 DESCRIPTION: The insignia consists of a bevo machine-woven, second pattern, (Ca. 1936-1945), Police eagle in silvery/grey rayon thread positioned below a machine woven national tri-color cockade in black, red and white rayon threads on a woven, six sided, police green rayon base. This eagle is cap removed and in excellent condition.

BACKGROUND: As a result of this appointment and the restructuring of all the separate German state police into a single national police force new regulations were instituted to bring about uniformity in dress for all police through-out the country. One of the new uniform regulations of June 25TH 1936 was the introduction of a slightly modified second pattern police eagle and swastika to replace the first pattern. The police pattern national eagle was worn on all types of headgear including the visor caps, overseas cap and the M43 field cap. The Weimar Reichswehr, (National Defence Force, Circa 1919-1933), era oval black, red and gold cockade was replaced with a circular cockade in black, white, and red on March 14TH 1933 and was adopted by the Police in April of that year and was utilized through-out the Third Reich period. The insignia utilized on the visor caps was of stamped metal construction while the insignia on the soft caps was generally machine embroidered or woven. Generally officers’ ranks utilized bright silver/aluminum wire on their insignia while NCO’s utilized silver/grey threads. 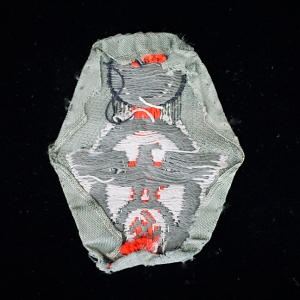 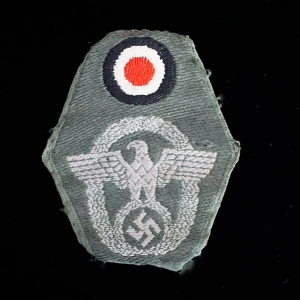