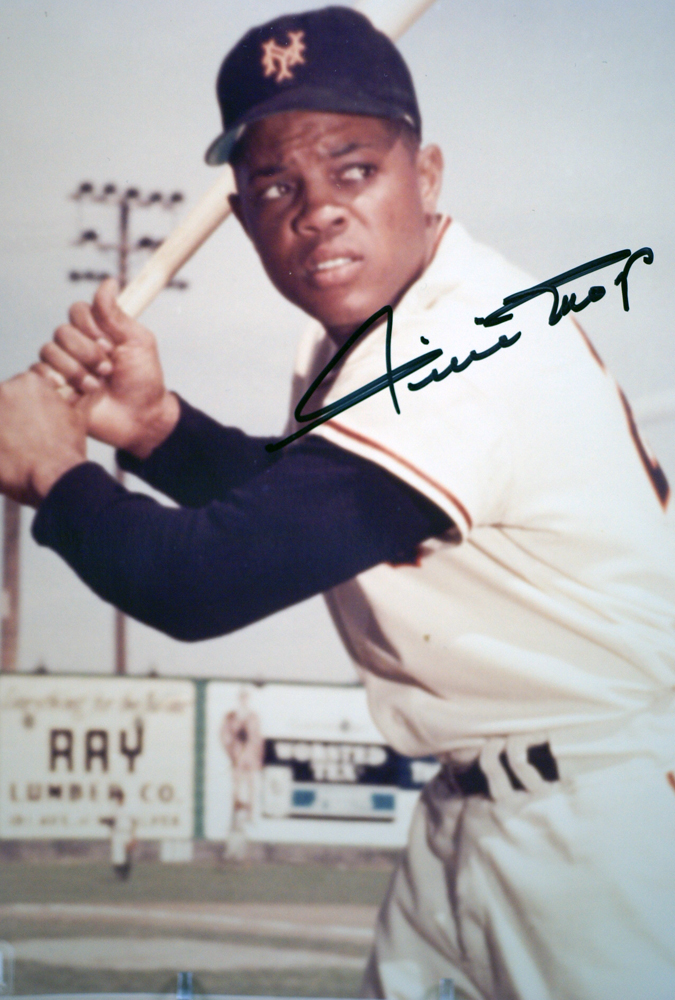 Willie Howard Mays, Jr. (born May 6, 1931) is a retired American professional baseball player who spent the majority of his major league career with the New York and San Francisco Giants before finishing with the New York Mets. He was elected to the Baseball Hall of Fame in 1979 in his first year of eligibility. Mays was nicknamed The Say Hey Kid. Mays won two MVP awards and tied Stan Musial’s record with 24 appearances in the All-Star Game. Mays ended his career with 660 home runs, third at the time of his retirement, and currently fourth all-time. He was a center fielder and won a record-tying 12 Gold Gloves starting the year the award was introduced six seasons into his career.Original MLB Color 8×10″ Photo signed of a young Mays circa 1975, mint condition.