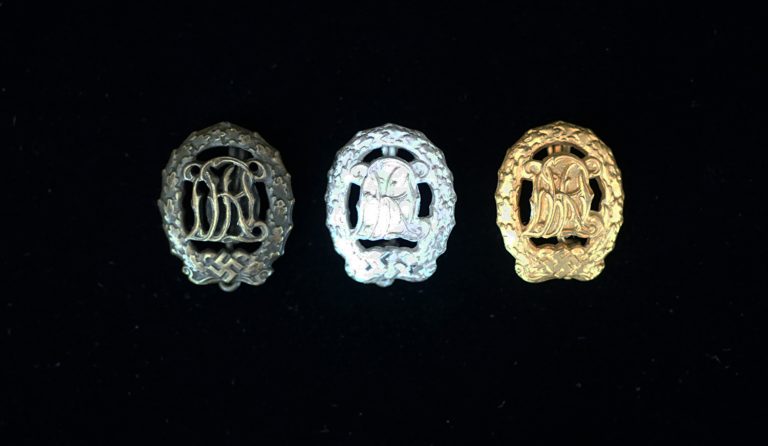 BACKGROUND: Originally introduced shortly after the 1913 Olympic games as an incentive to promote physical training among the German population. On its introduction the badge was issued in two grades, bronze and gold and was only awarded to males who met the required criteria. In 1920 a silver grade of the badge was introduced and in 1921award of the badge was expanded to include eligible females. The bronze badge was awarded to personnel between the ages of 18 and 32 years old who passed the required level of physical training in a twelve month period. In 1933 control of physical training was passed to the Deutsches Reichsbund für Leibesübungen. (German National Union for Physical Training), and the DRA badge was discontinued and replaced by a new DRL badge of the same design with only a change in the central lettering. In 1937 the DRL badge was modified with the addition of a swastika to the bottom of the oak-leaf wreath 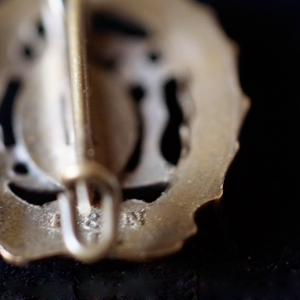 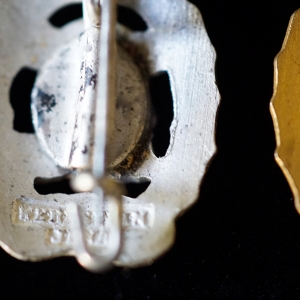 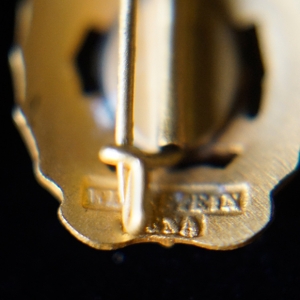 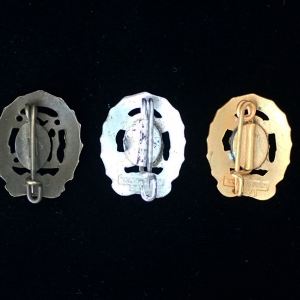 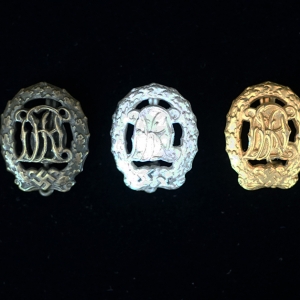