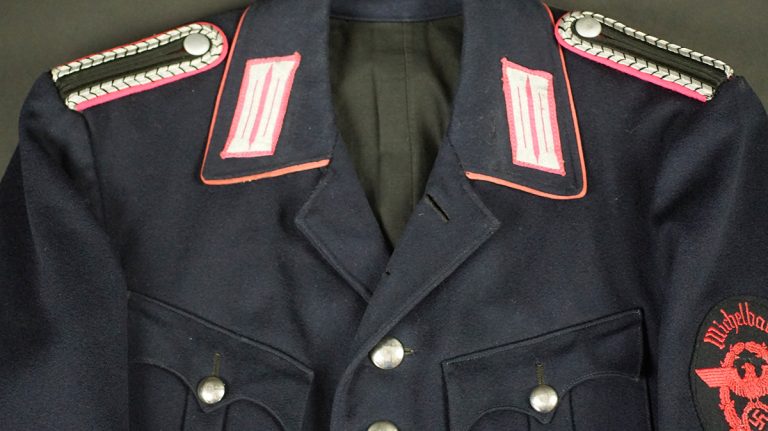 BACKGROUND:Generally the Feuerschutzpolizei, (Fire Protection Police), were distinguished from other police personnel with navy blue uniforms and headgear as opposed to the police green uniforms of the other police agencies. The police were divided into eight assorted branches of service and during the restructuring the different police agencies were assigned specific identifying, truppenfarbe, (Branch of Service Color), with the Feuerschutzpolizei being allocated carmine truppenfarbe. On the service tunic the truppenfarbe was generally displayed as the base of the shoulder boards/straps and the collar tabs as well as on ornamental piping. The ranks of Polizei Unterwachtmeister to Polizei-Obermeister were issued their uniforms although they could also choose to purchase privately tailored garments of higher quality. Of Note: The German Police had no enlisted ranks with the lowest rank being an Unterwachtmeister which was equivalent to the German army rank of Unteroffizier. 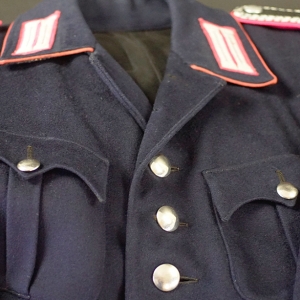 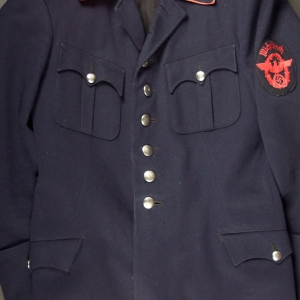 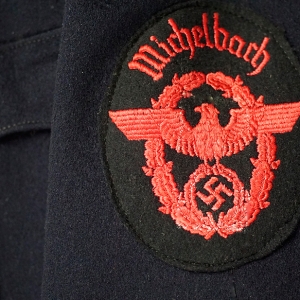 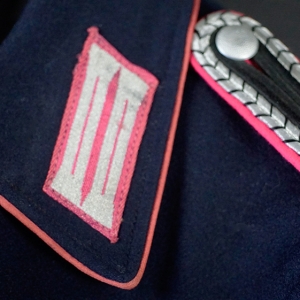 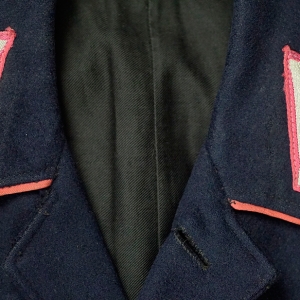 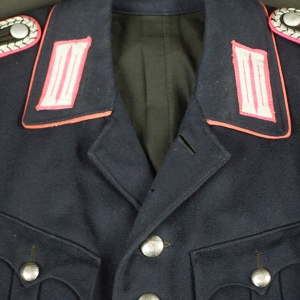